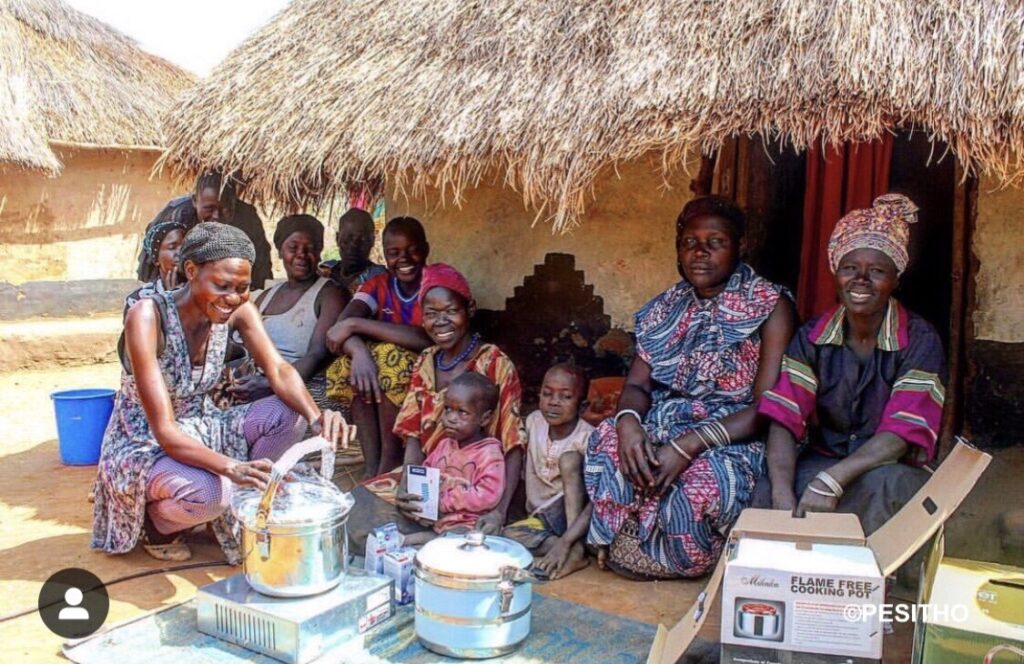 It is a truly amazing feeling to hand-over an ECOCA. We are being met with curiosity, questions and happy faces.

Our work in the BidiBidi settlement within the Yumbe district in Uganda, which hosts around 285,000 refugees is one of our first major projects. In 2019 we installed 50 ECOCA units within the Bidibidi settlement directly impacting more than 500 residents *.

The use of the ECOCA not only saves countless hours that would be spent collecting firewood which can now be spent on other activities, but also drastically reducing the risk of attack and assault that comes with wood fuel collection. According to the UNHCR, an average of four trips a week collects wood fuel where they face the threat of being attacked both by people and animals, with numerous cases of women assault, beating and even rape. The ECOCA being solar powered by deforestation, particularly in the area of ​​Uganda where forest is already under pressure from over fuel, from locals of settlement and surrounding villages.

* Number based on amount of people per stove use

In 2018, Pesitho underwent trials of the ECOCA unit alongside of Caritas Denmark at the Bidibidi Settlement in Uganda, gaining some insight as to how the residents cook, the types of foods they use and how they are cooked. We found that the typical households usually cooks foods such as maize, beans and sorghum grains over four times a day, usually over three stone or large tin pots. Our engineers were able to adjust the ECOCA to specifically meet the needs of the residents, allowing for three meals to be cooked per day to an average of 7 people per meal. As beans and grains tend to cook for a longer time, we included the function to allow for large battery storage, meaning traditional meals can be cooked during the day and even into the evening, meaning little adaptation would be needed for cooking traditions.